Digging Up The Past, by Francois du Plessis

Learn how God has woven history and prophecy together—and is confirming Scriptural truth through today’s archaeological discoveries. Francois DuPlessis recounts his worldwide travels and the hope he has found in the God of the Bible.

Part 1
What do recent archaeological discoveries have to say about the stories in Scripture? Learn about the Rosetta Stone and other inscripted Mesopotamian tablets whose stories align with the history recorded in God’s Word. Rest in the knowledge that God’s Word is true and has new lessons for you every day.(60 minutes)

Part 2
Walk the footsteps of Abram in Ur. Visit the place where Daniel is buried, and maybe even the spot where he spent the night with the lions. Join the search for ancient cities and timeless lessons, hidden under centuries of history and sand. Is it really true that the greatest archaeological discoveries have been made by those who read their Bibles?(51 minutes)

In Search of Noah’s Ark
Part 1
Is Noah’s ark still sitting atop Mount Ararat in the mountains of Turkey? Why has no one found it? This lecture explores the mystery behind Noah’s ark. The mountains of Armenia, which tell the ancient story of Noah, also tell of the battle for our souls that still rages today.(60 minutes)

Part 2
Explore Ughastar, the possible location of Noah’s Ark. What happened to Noah’s family as they struggled to re-establish humanity’s place on the Earth? Archaeology and Scripture give parallel accounts of Noah’s descendants, who have much to teach us about history, God, and ourselves. (45 minutes)

Egypt’s Eighteenth Dynasty Volume 1
Part 1
What can we learn from the story of Moses? Are we becoming more like Moses, who maintained his faith in God by refusing to take the easy route? Or are we becoming like Pharoah, who let many counterfeit gods get in the way of the true God’s plan for his life?(55 minutes)

Part 2
Thousands of years ago in the Egyptian city of Avaris, a shepherd named Moses took a stand against an oppressive king. Enter this story of how God used a simple man’s obedience to show His wonder-working power and His love for His people Israel. But why would a God of love send such terrible plagues on the people of Egypt? And what do the tombs of the pharaohs reveal about this historic event? (28 minutes)

Egypt’s Eighteenth Dynasty Volume 2
Part 3
Explore the escape of God’s people from Egypt. Israel’s story has many practical applications for us today. But what happened in the 18th dynasty to bring about Egypt’s decline? Can the hieroglyphic inscriptions of the pharaohs help us piece together their history? (28 minutes)

Part 4
Egypt’s Sphinx holds between its paws a clue to help us unravel the history of the ancient pharaohs. Embark on a journey to this age-old landmark where a stone stela’s inscription tells a story that confirms the Bible’s account of the plagues. Did Egypt’s kings ever discover the truth about the God who rescued the Israelites from their grasp? Did the one-God religion of the Jewish slaves impact Egypt’s polytheistic view of life, death, and the supernatural? (30 minutes)

Part 5
Hostile religious intolerance in ancient Egypt mirrors the persecution we are seeing in our world today. One pharaoh of Egypt dared to stand against polytheistic sun worship. What happened to him? Discover the stories hidden for millennia in Tut Ankhamen’s lavish tomb and in his father-in-law’s city. Explore the incredible hidden treasure for yourself, and learn the deep symbolism found in each golden inscription. (30 minutes)

Faith and Faithlessness
Joseph Lives
The excruciating trials and disappointments in Joseph’s life eventually led him to a place where he could be part of God’s plan to save His people from starvation. Do we have our eyes open to see where God is at work amidst the pain and discouragement of this life? Or are we more like Joseph’s father Jacob, despondent and resigned to live in misery? This family’s story can encourage us in our times of suffering and point us to the true Hope—Jesus Christ. (43 minutes)

Petra’s Colorful History
On this journey to the archaeological remains of the stunning city of Petra, visit many of the Bible’s important landmarks. Ponder the fate of Lot’s disobedient wife, explore the traditional burial place of faithful Job, and admire the deep red rocks of Petra—the amazing city whose discovery confirms what the Bible has said all along. Does ancient Petra have anything to teach us in the 21st century (48 minutes)

The Enemies of Ancient Israel
Nineveh Discovered
Compare the words of God’s prophets in the Old Testament to the inscriptions on Assyrian clay tablets. Can God’s prophetic word be trusted? What can archaeology tell us about the lives of proud Nebuchadnezzar and Ahab? And what can we learn from the king of Nineveh who exchanged his wickedness and grandeur for humility and sackcloth when he heard the truth about God? (40 minutes)

Israel & the Assyrians
Centuries before archaeologists deciphered his name, the Bible mentioned King Tiglath-Pileser of Assyria. The Bible is true and inspired by God. What can Scripture’s account of the Assyrian kings teach us about our relationship with God? Can other points of the Biblical account be confirmed through archaeology? Relive the struggles and destruction of ancient Israel and discover how much we really can learn from history. (37 minutes)

Gog and Magog
When Ezekiel prophesied against the heathen ruler Gog, his words had both a literal and a symbolic meaning. Explore the end-time significance of Gog and Magog in this study of Scripture’s prophecies. (60 minutes)

In the Footsteps of Abram Volume 1
Part 1: Who was Abram?
Take a look at the beginning of Abram’s life, his struggles, and Sarai’s barrenness. Learn about the origins of Abram and the culture that surrounded him. (40 minutes)

Part 2: Journey Out of Ur
Abram is called out of a thriving city to go where he did not know. Visit archaeological sites where Abram sojourned and pitched his tents. Learn about all that Abram left behind as he obediently left for a promised inheritance. (42 minutes)

In the Footsteps of Abram Volume 2
Part 3: On the Road to Canaan
What was the road like that Abram traveled on the way to Canaan, as he passed through pagan territory. Compare Abram’s religion with the pagan practices of his day. Abram’s religion conveyed a message to the heathen nations of a God of love, willing to die for sinners to save them. Visit the sites where Abram heard God speak. (40 minutes)

Part 4: Abram in Egypt
Instead of trusting God in times of trouble, Abram often succumbed to his fear, choosing his own way over God’s and endangering his own family in the process. Do God’s plans have to change when we disobey Him? Can we trust that His ways are higher than ours? Follow Abram in his adventures to Egypt, and take heart in the reality of our unchanging and loving God. (49 minutes)

In the Footsteps of Abram Volume 3
Part 5: Abram in Canaan
Abram left his shameful past in Egypt to a new beginning in the promised land. He was rich and blessed by God, loaded with gifts from the king of Egypt. Wherever he pitched his tent, Abram, the friend of God, also built an altar, calling all within his camp to morning and evening sacrifice. Despite his riches, Abram chose the path of peace and unselfishness in his conflict with Lot. (32 minutes)

Part 6: Abram and the Promise
Sodom once looked like Garden of Eden. Abram lost his friendship with Lot and the opportunity of living in the best part of the land. How did God comfort Abram? God knows how to comfort each one of us. But then Lot experienced disaster. How did Abram react when he learned about Lot’s disaster? Abram’s redemptive deed is a type of God’s redemptive act in Jesus. (44 minutes)

Part 7: The King of Jerusalem Decipher the Dead Sea Scrolls, the Eblaite cuneiforms, and the tablets of Lagish on this journey to unlock the mystery of Melchizedek. Who was this priest and whom does he typify? Bolster your assurance of Scripture’s truth and Christ’s love in this comparison of the Bible and the archaeological discoveries. (29 minutes)

Plagues, Grace, and Judgment
Plagues and Grace
What do God’s conversations with Noah, Moses, and Jonah have to do with end-time prophecy? What can we glean about these prophecies from the exploits of Abram and Sarah in Egypt? The types of the Old Testament find their antitypical fulfillment in the New Testament. Where do we fall on this timeline from Genesis to Revelation? (42 minutes)

The Sceptre and Shiloh
What do you know about the story of Esther? Why were her people still in exile? Explore the connections between the drama of ancient Media and the battles and judgment yet to come on Earth. Queen Esther experienced deep fear and uncertainty, wondering “Will I find grace from the king?” Are you asking the same question? The story of Esther brings good news. (50 minutes)

Elijah’s Typology
Part 1
Despite the wickedness of King Ahab, God longed to save him. Follow the prophet Elijah on his journey to preach the truth to Israel. God gave him the mission of exposing the deceptions and false gods Ahab and Israel had come to believe in and reminding them of the true God who deserves all our worship. Are Elijah and Ahab symbolic in Scripture? Who do they represent? (44 minutes)

Part 2 Jezebel was a wicked queen of Israel who worshiped false gods and tried to exterminate the true prophets of the true God. The prophecies in Revelation 12 and 17 suggest a basic repetition of the history of Jezebel. Can we see evidence of this antitypical Jezebel today? If there is an antitypical Jezebel, then there must also be antitypes of the true prophets. Does Scripture identify these characters in history? (44 minutes)

Part 3
Elijah and John the Baptist both witnessed God’s power in amazing ways. But both also had times of deep discouragement and confusion. Learn how God responded to these faithful men and how their lives have symbolic significance for the Church in the last days. (37 minutes)

Heroes of the Bible
Daniel
What was so important about the book of Daniel that caused Martin Luther and John Calvin to make the book a priority in their translating and conferences? What do the dream of a Babylonian monarch and the vision of an ancient prophet have to say to us today? Learn how Daniel’s prophecies can be used to illuminate other difficult passages of Scripture and how they apply to the end times. (48 minutes)

Uriah the Hittite
Enter this well-known story of Uriah the Hittite from Uriah’s point of view. Francois reveals parallels between modern-day applications of this story and a typology of Christ. This lecture will touch your heart as you examine the life of this hero. (32 minutes)

Be the first to review “Digging Up The Past, by Francois du Plessis” Cancel reply 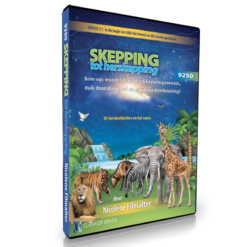 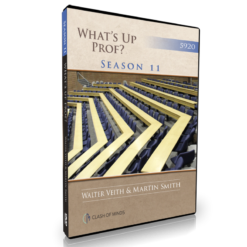 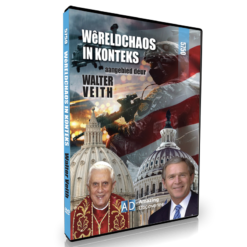 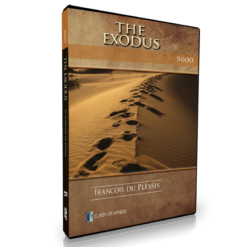 The Exodus, by Francois du Plessis 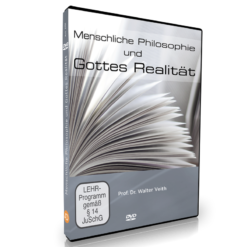 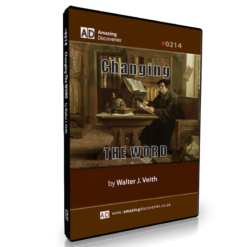 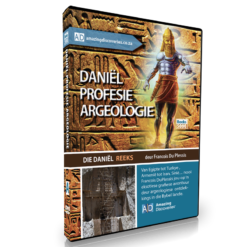 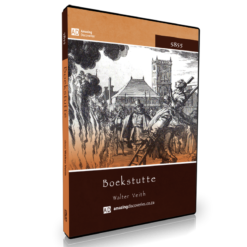